Abstract:A 3D geometry model for a dielectric resonator is created in EMPro and then placed in a board layout and simulated with 3D FEM technology in ADS.A Voltage Controlled Oscillator (VCO) design typically involves a resonator which is a device that naturally oscillates at a certain frequency. Depending on the application, resonators are available based on quartz, ceramic or dielectric materials. For ceramic and dielectric resonators, designers typically create and simulate the structure in a 3D EM tool, then use the results in a circuit design tool for further analysis such as Q-factor calculation, power, tuning range, harmonics, and phase noise.

Since the resonator is typically mounted on a printed circuit board, it is important to take board parasitcs into account such as vias and board traces nearby that may couple with the resonator and impact overall VCO performance. This means the resonator and the board cannot be simulated separately. In order to accurately characterize the coupling, a 3D EM simulation of the combined board layout and 3D resonator must be performed.

One approach to a combined 3D EM simulation is to re-create the board layout or export it to a separate 3D EM tool, but this can be a tedious, error prone process. In this example we show how a board layout and 3D resonator can be simulated together in ADS using 3D FEM technology.

The first step is to create a 3D geometry model representing the resonator in EMPro, then this geometry model can be placed in an ADS layout. Once in ADS, a full 3D FEM simulation can be performed on the combination of the resonator and the board layout. This design flow is depicted in Figure 1. 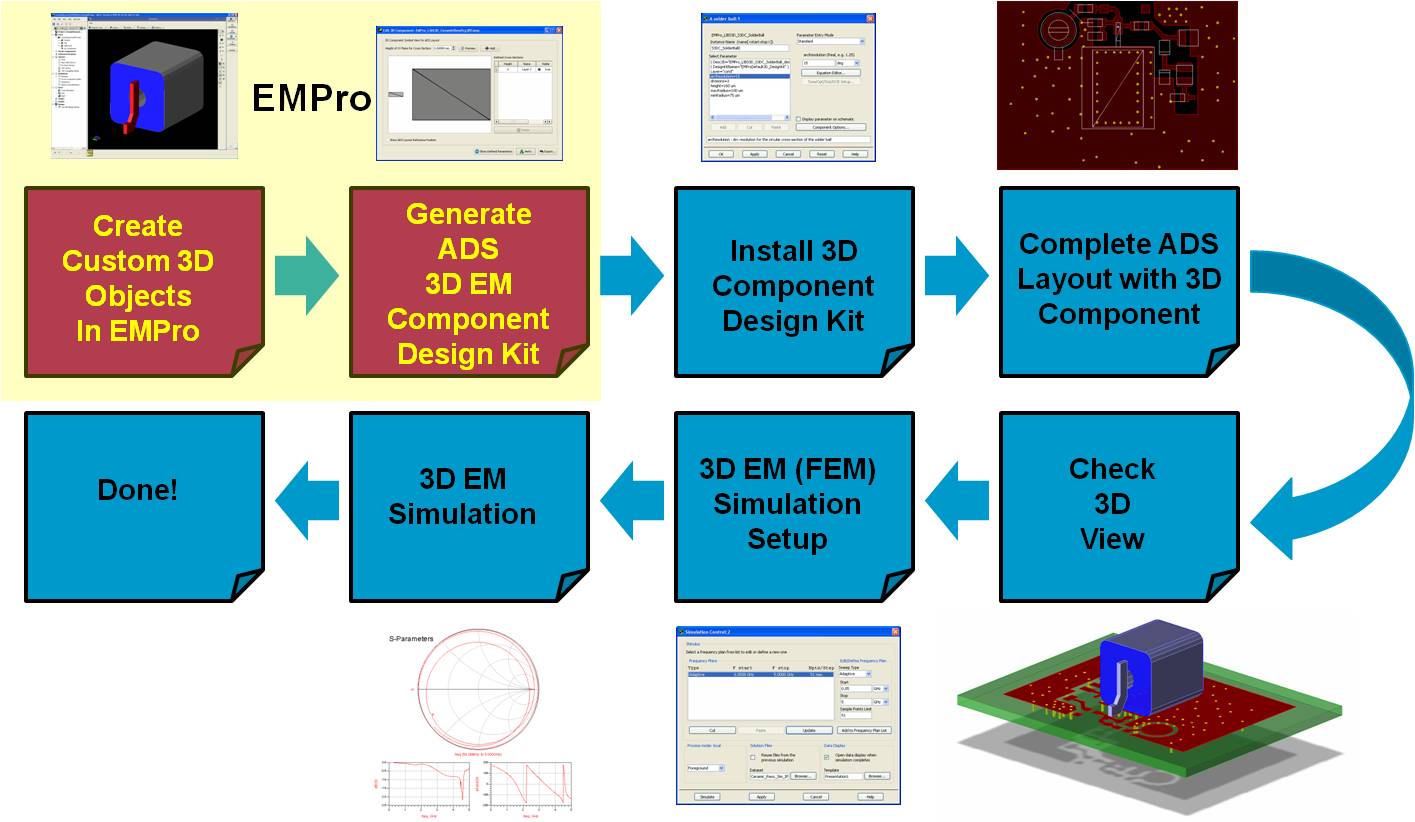 Figure 1: Design flow with a 3D component created in EMPro, then placed in an ADS layout and simulated with 3D EM in ADS

The 3D geometry model created in EMPro as shown in Figure 2 can be fully parameterized. The resonator geometry parameters can then be modified in ADS and the simulations can be repeated, without having to go back to EMPro to manually modify the geometry. 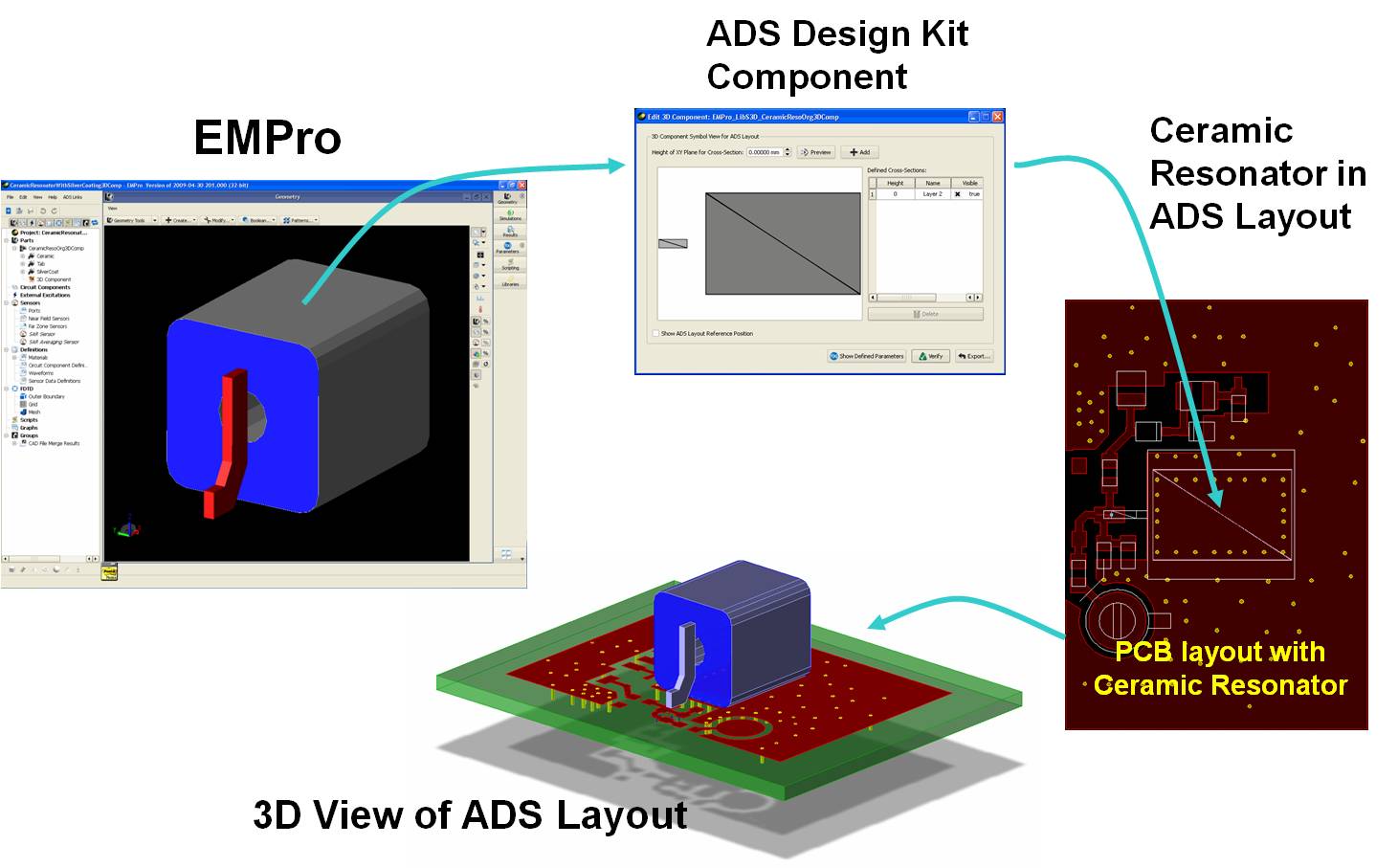 Figure 2: The 3D component in EMPro can be fully parameterized, and the geometry parameters can be modified in ADS once the component is placed in the ADS layout 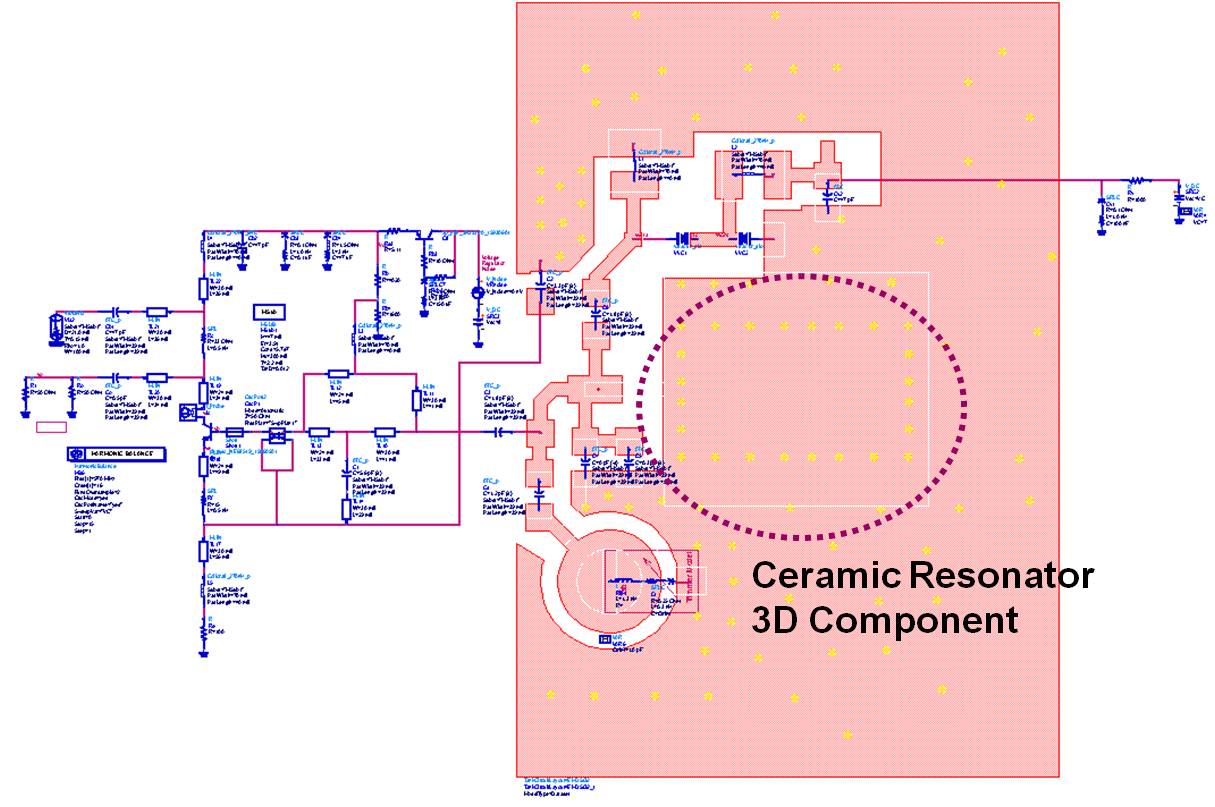 Figure 3: A circuit/EM co-simulation setup that includes the VCO schematic and a layout component with the combined board layout and 3D resonator geometry

A 3D FEM simulation is performed on the combination of the board layout and dielectric resonator component in ADS. The 3D mesh and E-field visualization in ADS is shown below. 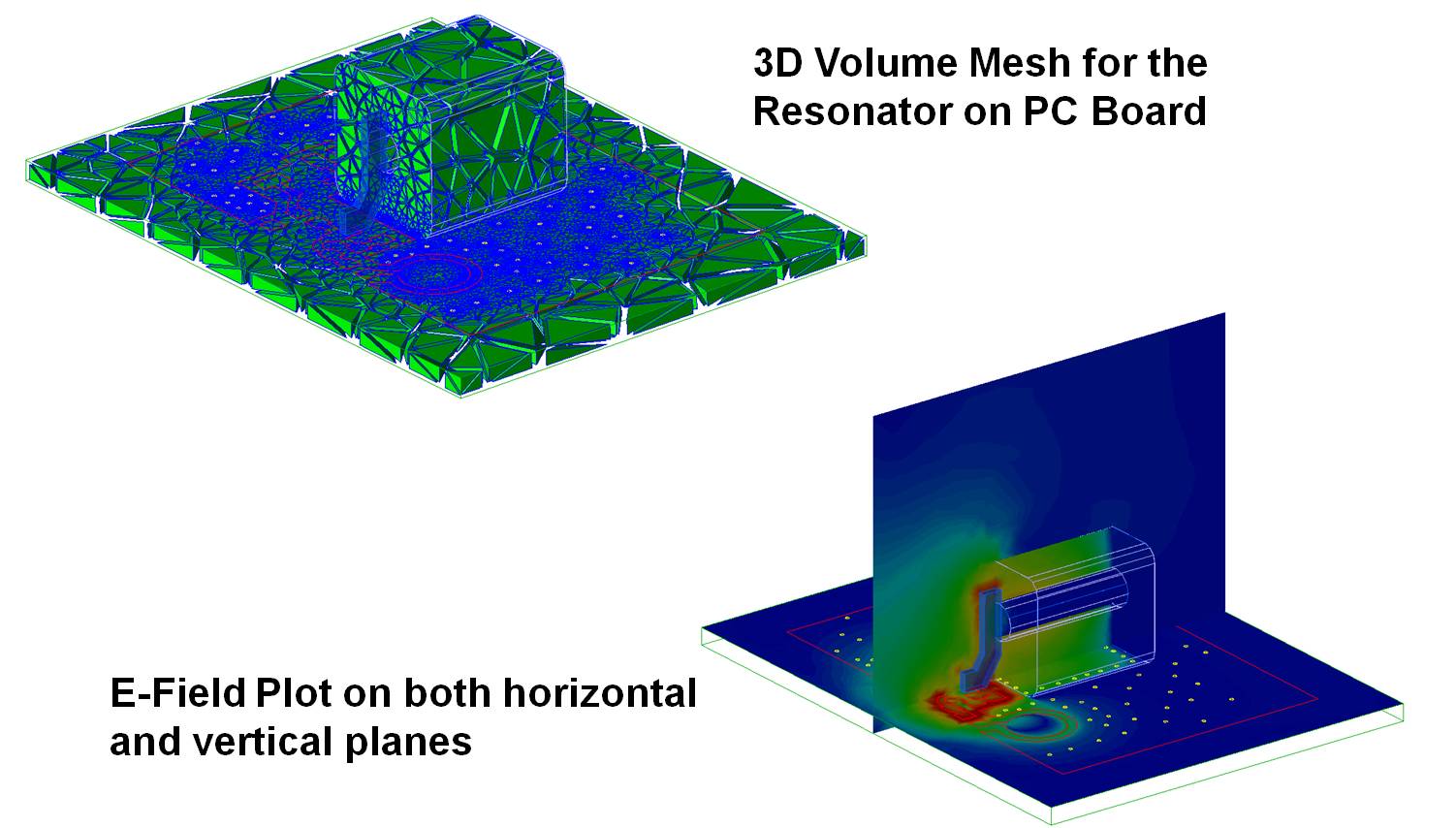 Figure 4: 3D FEM mesh and E-field visualization of resonator and board layout

It is interesting to compare simualtion results of two different cases:

Results from both cases are shown below. We can see differences due to the coupling between the resonator and the board layout. The coupling effects are missed if we simulate the resonator separately. 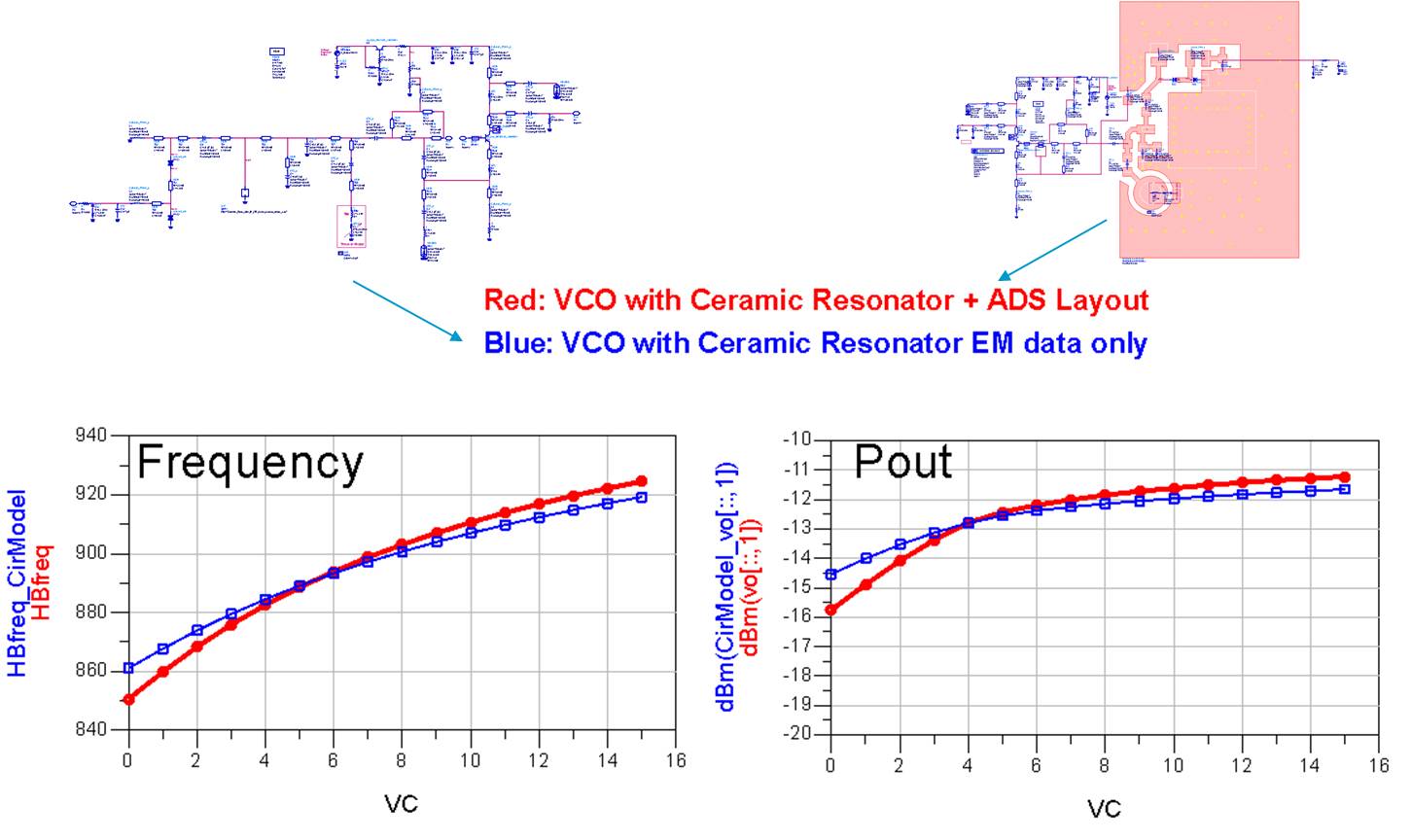 Figure 5: Simulation results of the complete VCO design; the resonator is simulated with and without the effects of coupling to the board layout

It is clear we need to simulate the resonator and the layout together to include the coupling effects. Using this approach we now simulate the full VCO design to characterize phase noise. 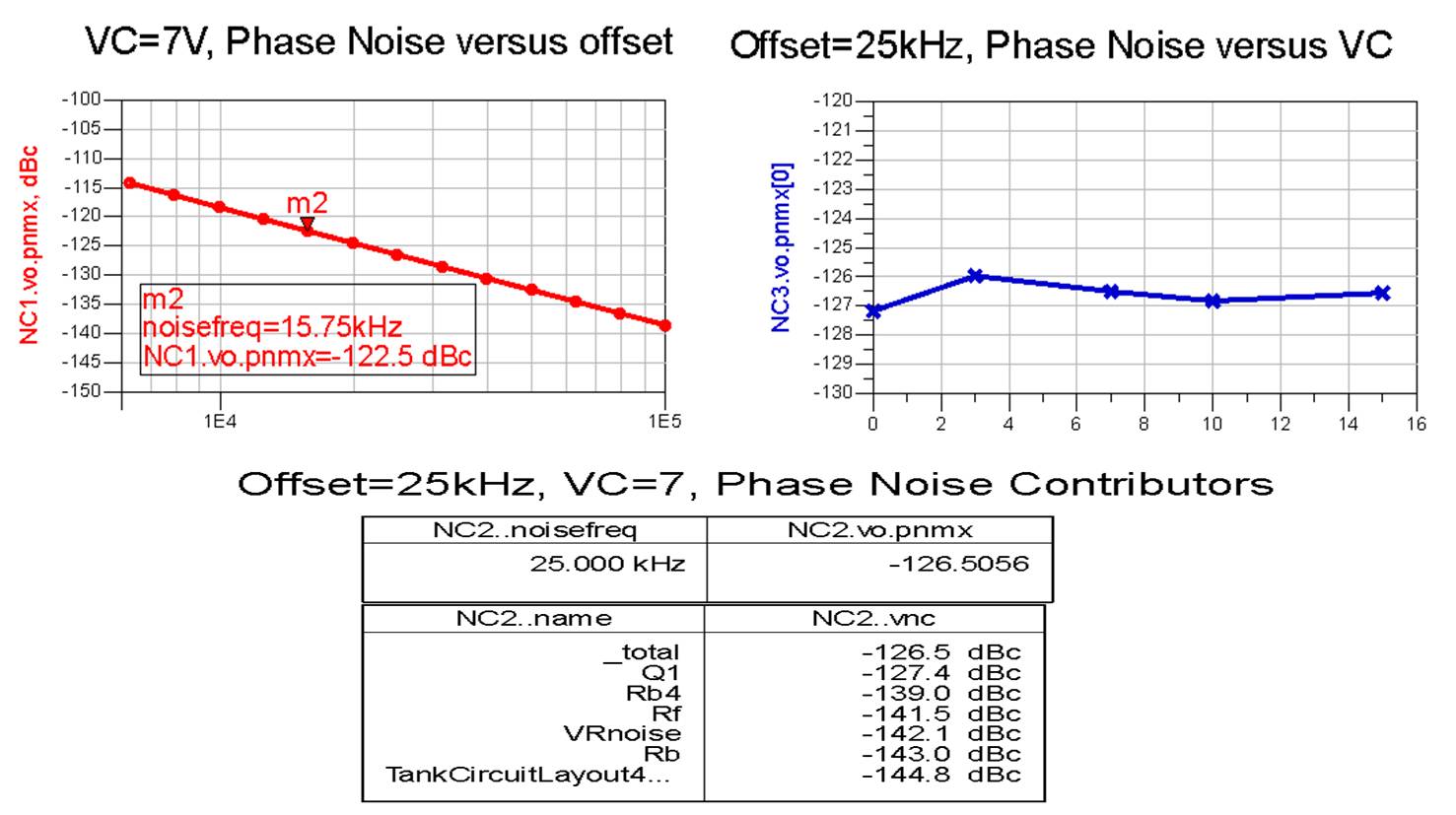 The traditional approach of simulating 3D components separately from the circuit layout can result in missing coupling effects and other interactions. This example demonstrated an integrated 3D EM flow, where a 3D resonator component is combined with a board layout in ADS, and a full 3D EM simulation is used to capture coupling effects. The EM simulation can even be combined with a nonlinear schematic simulation to characterize the entire VCO design.