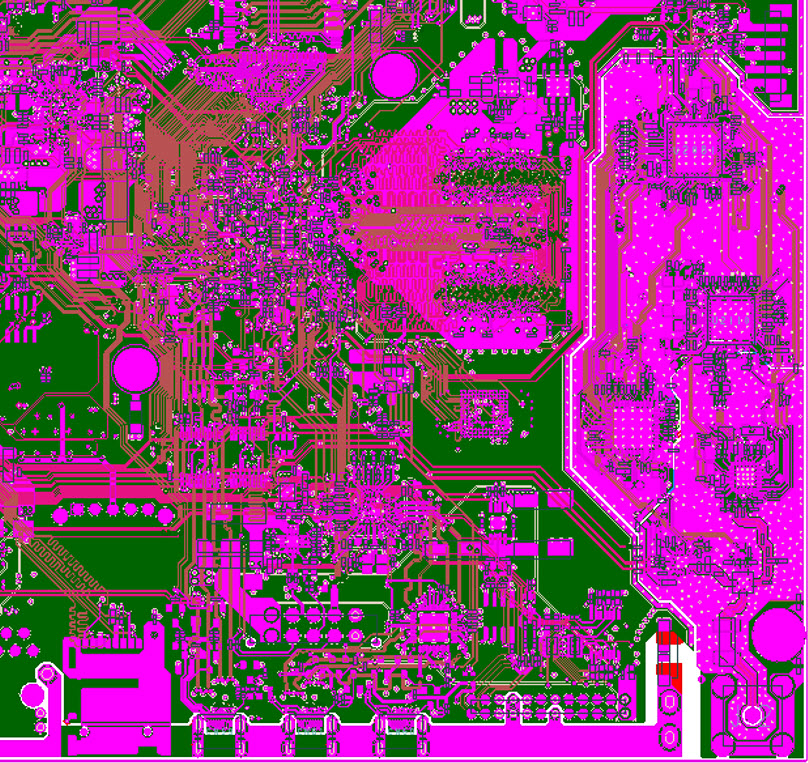 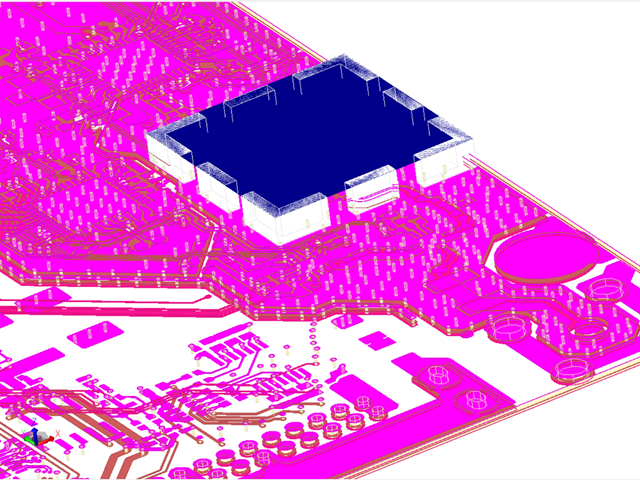 Analyzing the effects of conducted and radiated interference from these sections on the sensitive RF portion of the PCB traditionally had been tedious, requiring the modification of the layout to isolate the portions to be EM simulated; followed by manual reconnection of the EM S-parameter results back to the circuit for circuit-EM co-simulation.

Fortunately, RFPro with automatic net, ground and component extractions from an imported ODB++ layout in ADS enables EM-circuit analysis of any selected portion of the PCB to identify and fix sources of interference before building hardware board turns.

PCBs for wireless and wired RF applications typically contain RF and non-RF sections such as CPU, DSP, control circuits and power distribution networks with their respective ground planes. They all come in together when imported as an ODB++ file as shown in Figure 1.

The RF design challenge here is how to selectively isolate the RF and selected non-RF sections for EM analysis to identify interference that may degrade RF performance before doing a time-consuming board turn. 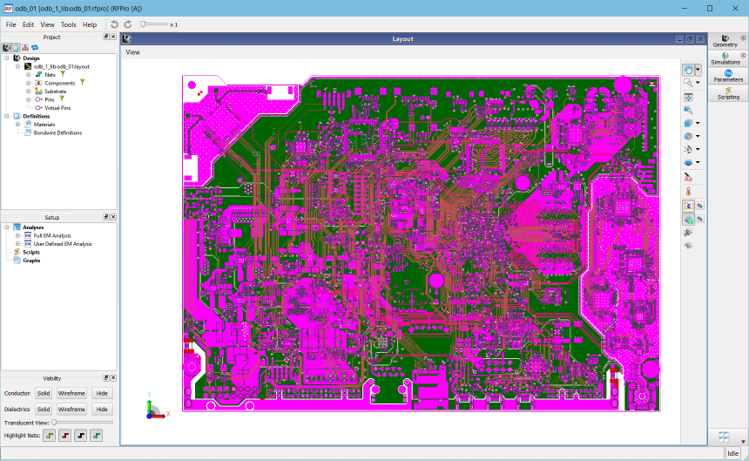 Selecting the RF circuit and RF ground nets without modifying the layout that also includes lumped R, L, C circuit components along the path for EM analysis as shown in Figure 2. 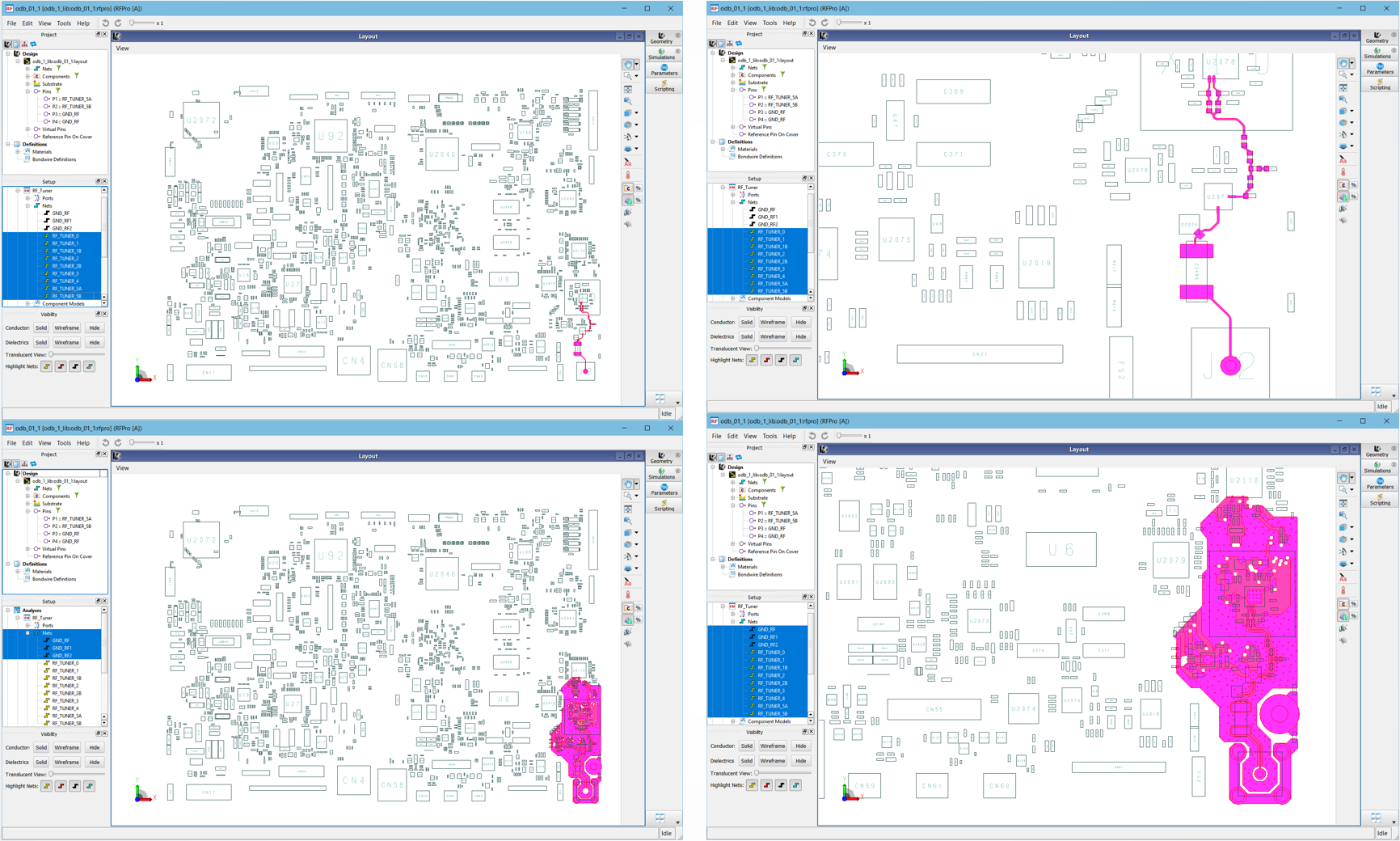 Selecting a suspected source of interference, e.g. neighboring digital signal lines and digital ground as shown in Figure 3 without modifying the layout for EM analysis.
Figure 3.

Designer can gain insights quickly by visualizing the current density on the PCB caused by a nearby digital line as shown in Figure 4. 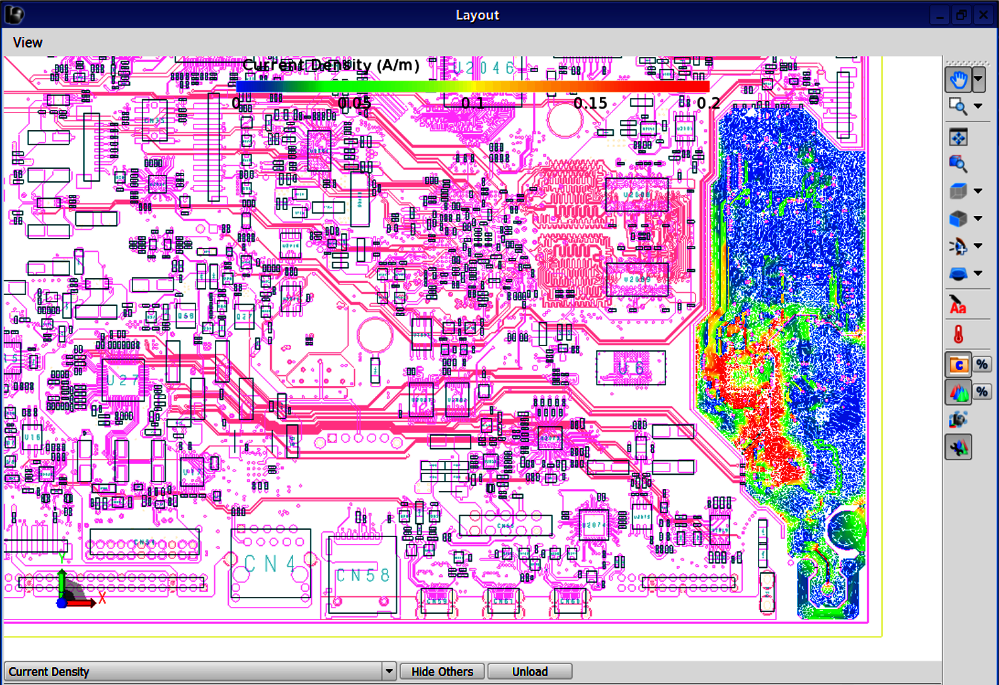 Fixing radiated interference with RF shield. Having identified the interfering source as radiated emission from the neighboring digital lines, the designer needs to quickly evaluate the effectiveness of adding a 3D RF shield component. This is shown in Figure 6 and requires the easy import of 3D components into the integrated circuit-EM analysis environment.

o RFPro easy selection of nets and components without the need of layout modification for EM analysis is complemented by its automatic generation of equivalent PCB circuit from layout and connection of EM results with ADS circuit schematic.

o This allows the injection of realistic and spectrally correct signals from ADS into the EM analyzed structure to verify sensitivity performance of the TV tuner. Selective deactivation of components such as decoupling capacitors and ground vias to understand their impact on the design can be done in ADS without requiring new EM analysis and extraction as shown in Figure 8. This is especially useful for troubleshooting of causes of interference.