Abstract:The effect of openings in a shielding enclosure are examined using FEM and FDTD simualtion in EMPro.Shielding enclosures are widely used to minimize radiated EMI from RF and high speed electronics. Enclosures typically have openings to allow heat dissipation, and for cabling from the enclosed design to the rest of the system. The radiated emissions from the enclosure will be determined in part by the number, size and shape of these openings, but it can be difficult to predict this directly.

In this example a simple 3D model of an enclosure is created in EMPro. The model is based on reference (1) where a physical model was constructed and measured. The model includes a coaxial cable feed that enters the top of the enclosure and is terminated inside, at the bottom face. The model also includes a slot-shaped opening. Energy from the coaxial feed will radiate from the enclosure through the slot. This model can be the basis for studying how the size of the slot impacts radiated emissions. We will use EM simulations in EMPro to analyze the emissions at various frequencies. 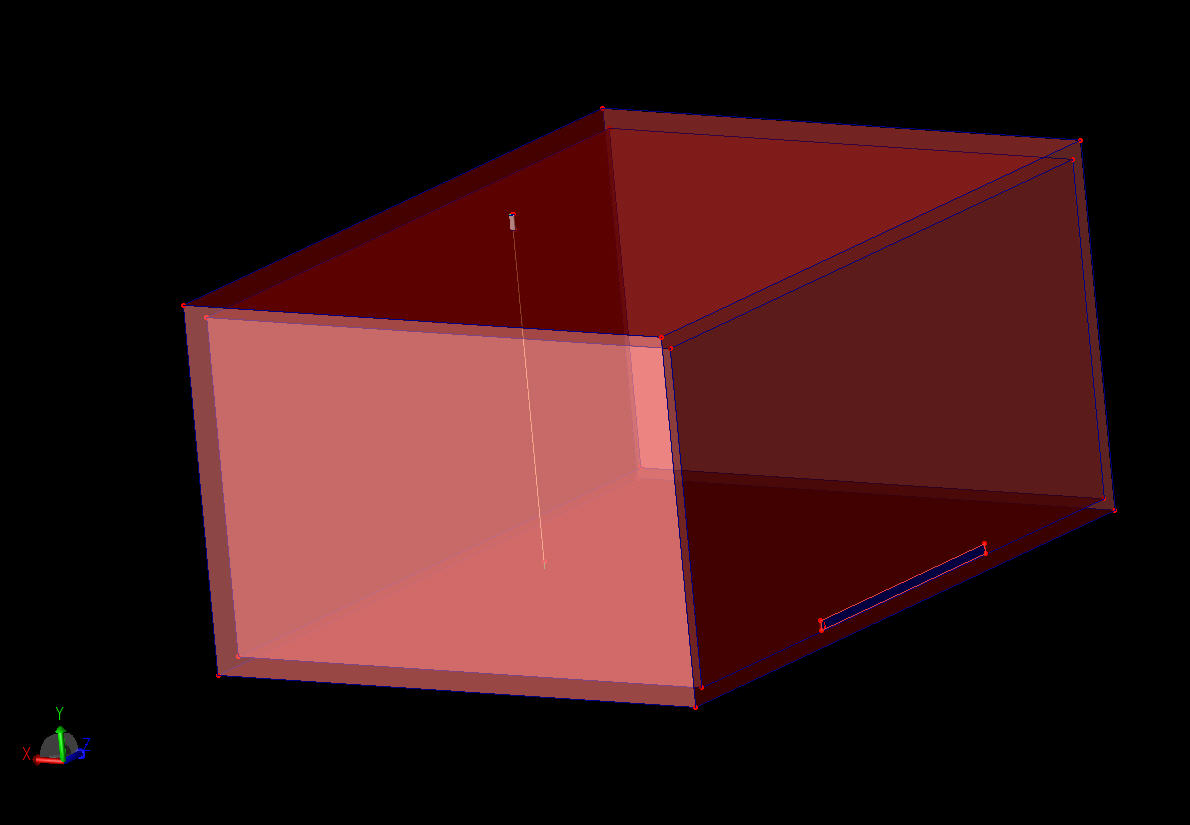 Figure 1: 3D model of shielding enclosure in EMPro. The coaxial feed enters the top and is terminated inside at the bottom face. The slot-shaped opening is on the lower right.

Either FEM or FDTD simulation technology may be used for this type of analysis. Using the coaxial feed as the input port, S11 results are obtained and shown in Figure 2. Within the simulated band, 600-1600 MHz, there are several resonances which represent the frequencies where the energy is emitted from the enclosure through the slot. 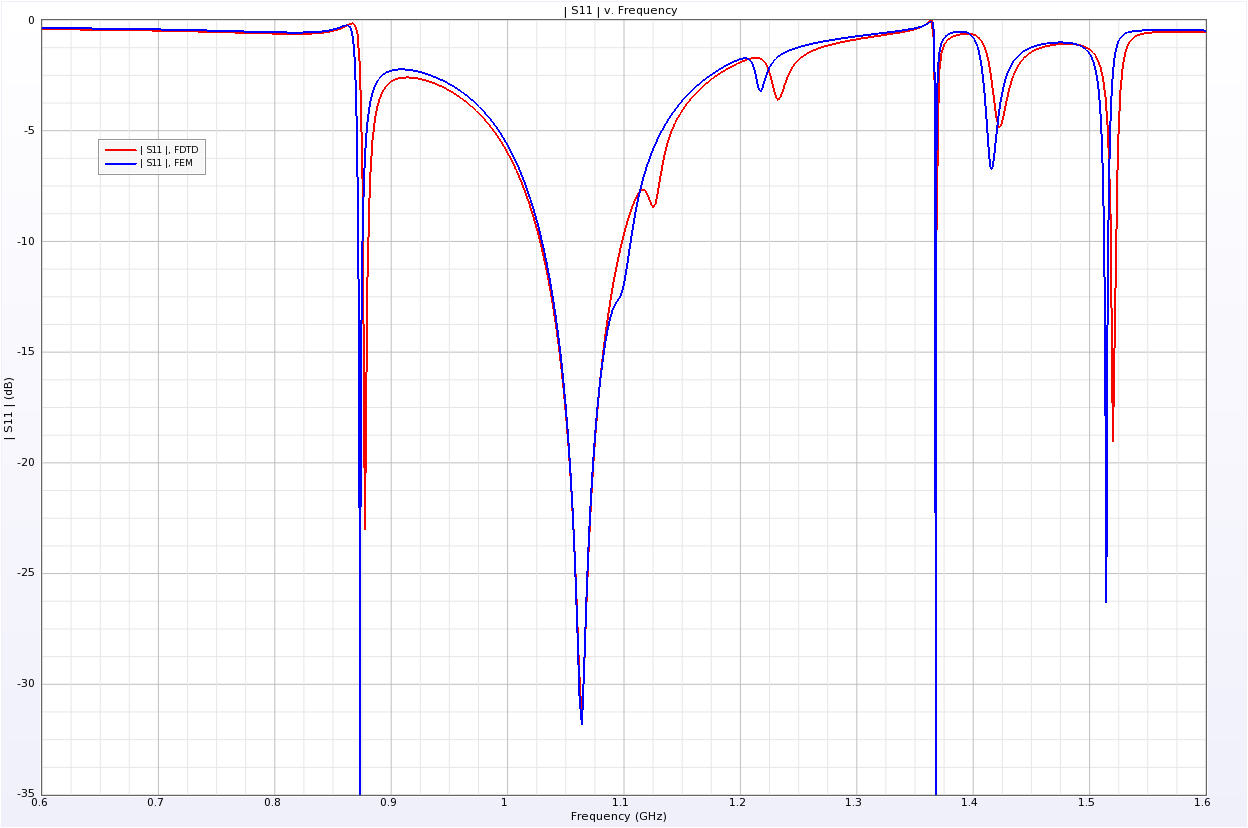 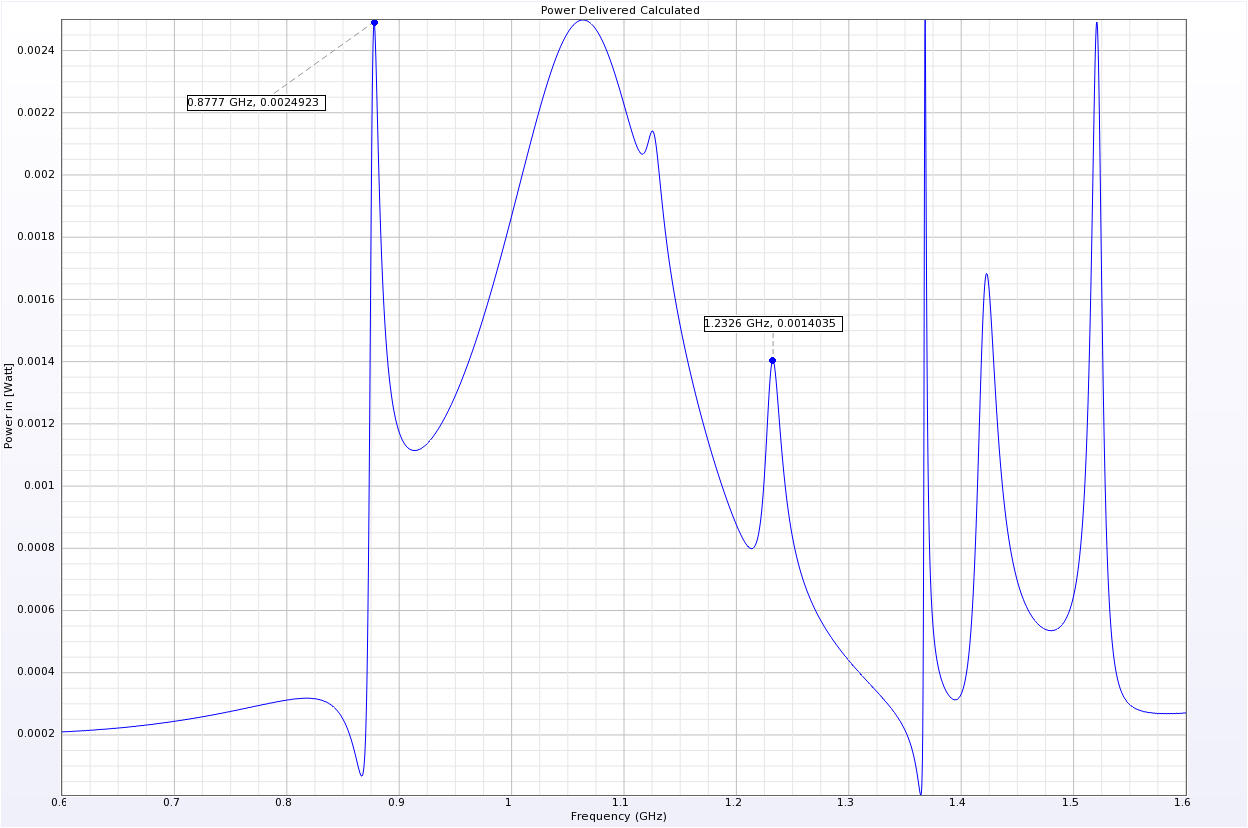 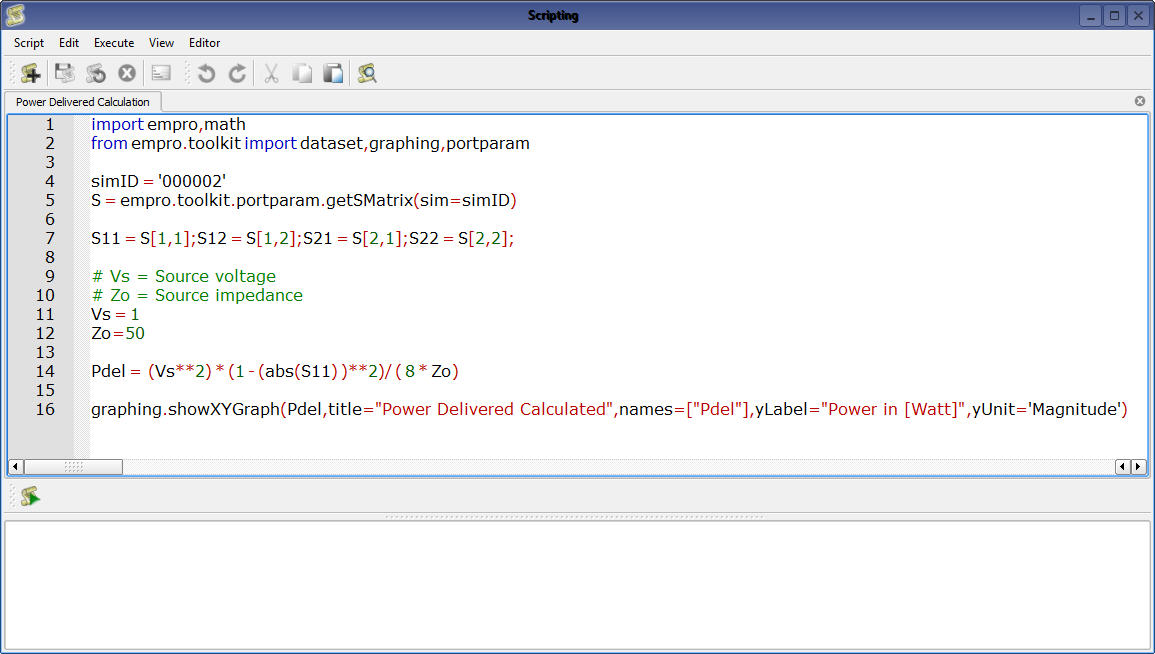 The simulated emissions frequencies compare very well to the measured data in reference (1). These frequencies are related to electromagnetic modes based on the size of the enclosure cavity as well as the size and postion of the slot. By modifying these in EMPro, an EMI engineer could study various alternatives in the design of an effective shielding enclosure.