Abstract:This example features an RCS analysis that includes a chaff cloud, generated using Python Scripting in EMPro.Chaff is a countermeasure designed to reduce the effectiveness of radar, which usually consists of a large number of thin, highly conducting wires dispensed in the atmosphere to form a "cloud" of scatterers. Energy scattered by the cloud and received by a radar would ideally be large enough to mask the presence of the target. This EMPro example demonstrates how the chaff cloud can be modeled and generated with a Python script 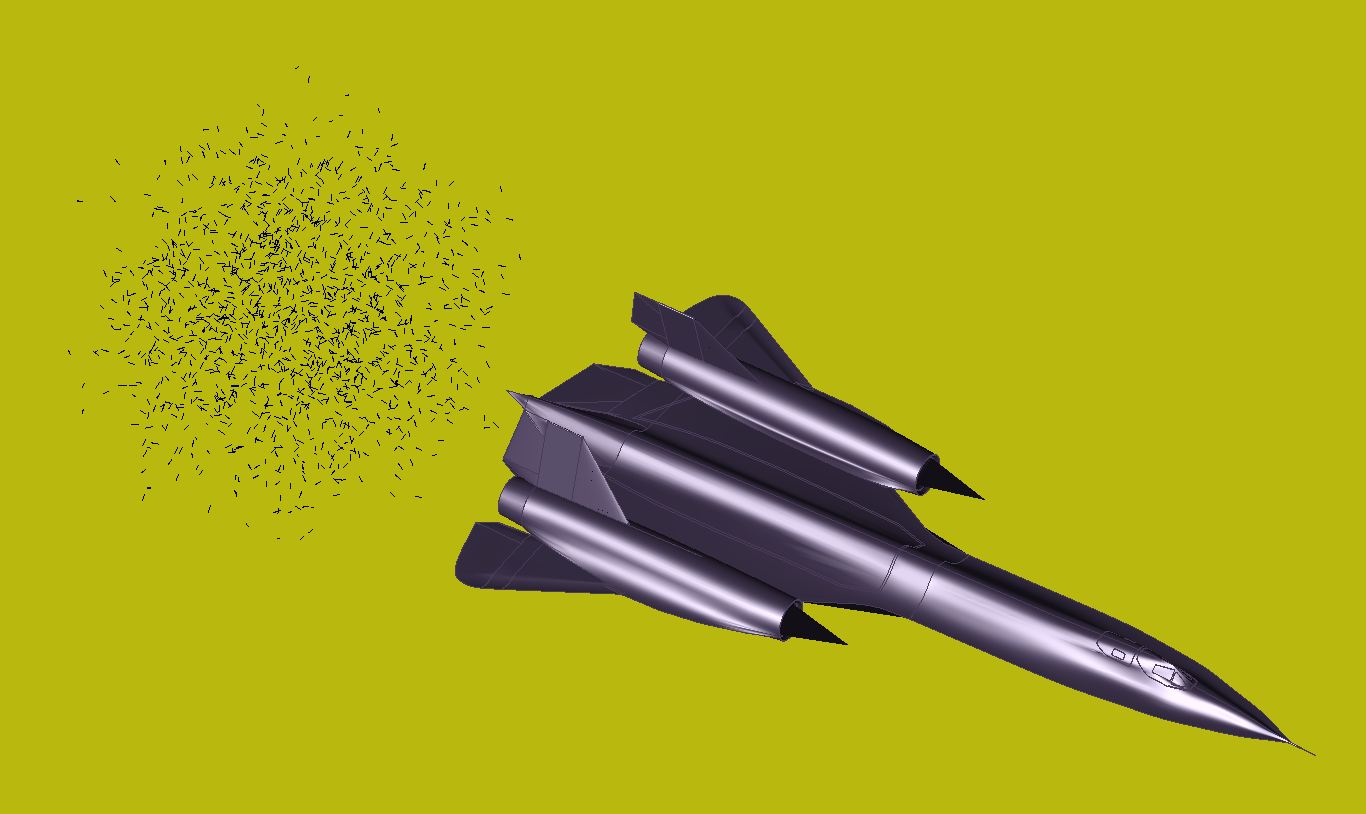 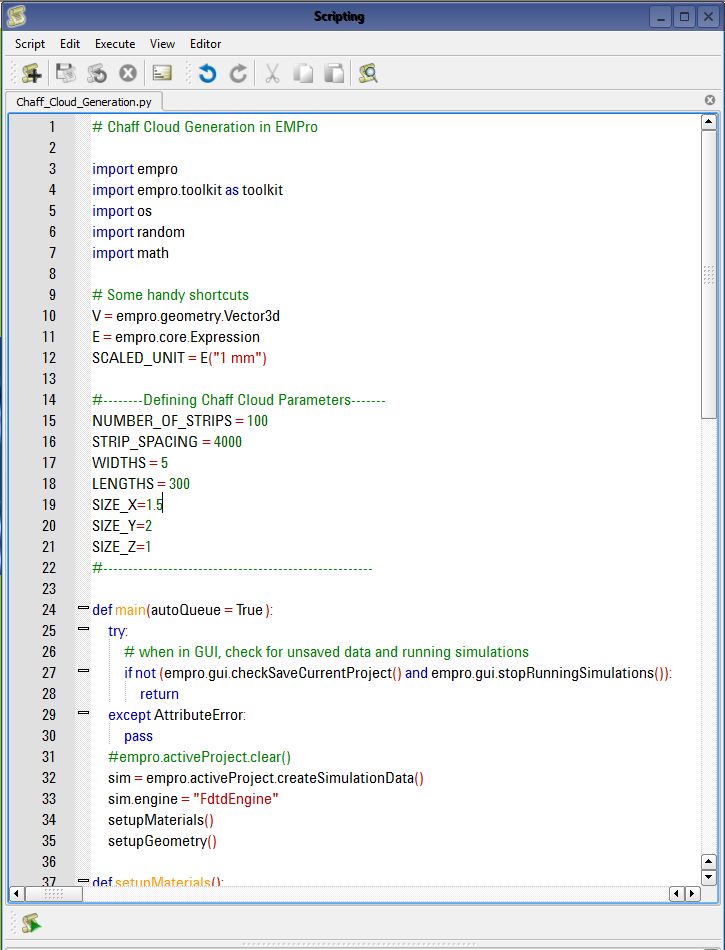 It woud be very tedious to manually generate a cloud of chaff with random locations and orientations. By scripting in Python, the model can be easily generated and then included in the RCS analysis.

Python scripting is a much simpler language than others and easier to understand by engineers. With the Python scripting capability in EMPro, many custom features and capabilities can be implemented like the example shown here.