Here’s the page we think you wanted. See search results instead:

Abstract:A multi-band (C- and X-band) planar array antenna is simultated with Momentum.Planar microstrip patch antennas for communication and radar applications usually require a high gain (~25 db) that require large arrays of patch elements, (e.g., more than 50 elements). In order to accurately characterize the antenna in terms of radiation and return loss, the entire antenna structure needs to be simulated. The antenna structure can be either single band, multiband, linearly polarized or multi-polarized.

The major bottleneck in a planar microstrip patch antenna design is the capacity and speed requirements of the field solver to handle a large array antenna. The situation becomes more complicated when the antenna is used for multiple bands. One approach is to divide the EM problem into small subcells that are integrated (linearly added) later without carrying out an EM simulation at the full structure level. However, the coupling between subcells will not be taken into account. This example demonstrates how Momentum can simulate an entire array for optimum accuracy. 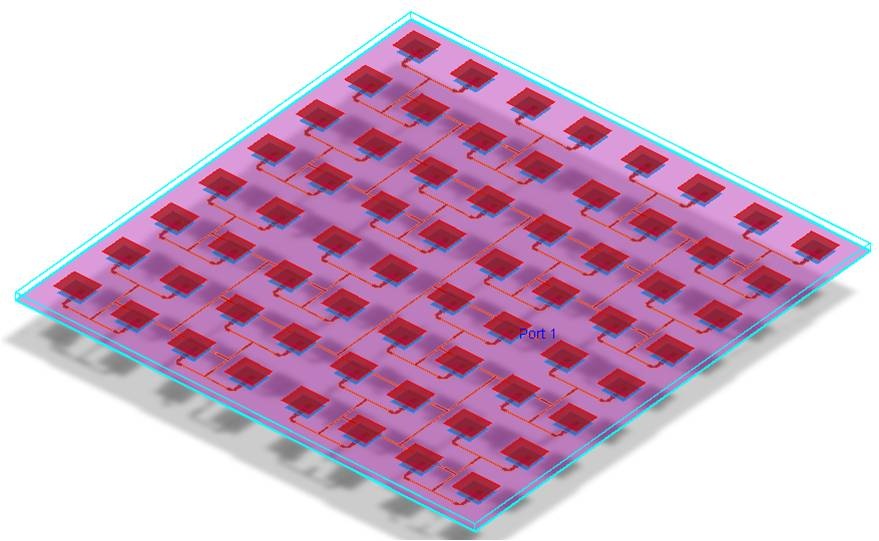 The C-band antenna is in a multilayer aperture coupled configuration. The two layer stacked patch arrangement helps in achieving good bandwidth. An aperture or slot is used to feed the power from input feed line to patches. The feed line lies on the other side of the slot layer. The advantage of this arrangement is that the radiation from the feed layer is shielded from the patch radiation because of the slot layer. The design starts with first optimizing the performance of a single element in the required band. Then this single element is used to develop the array antenna. The feed network is designed using schematic simulation and circuit optimization to obtain the required performance. 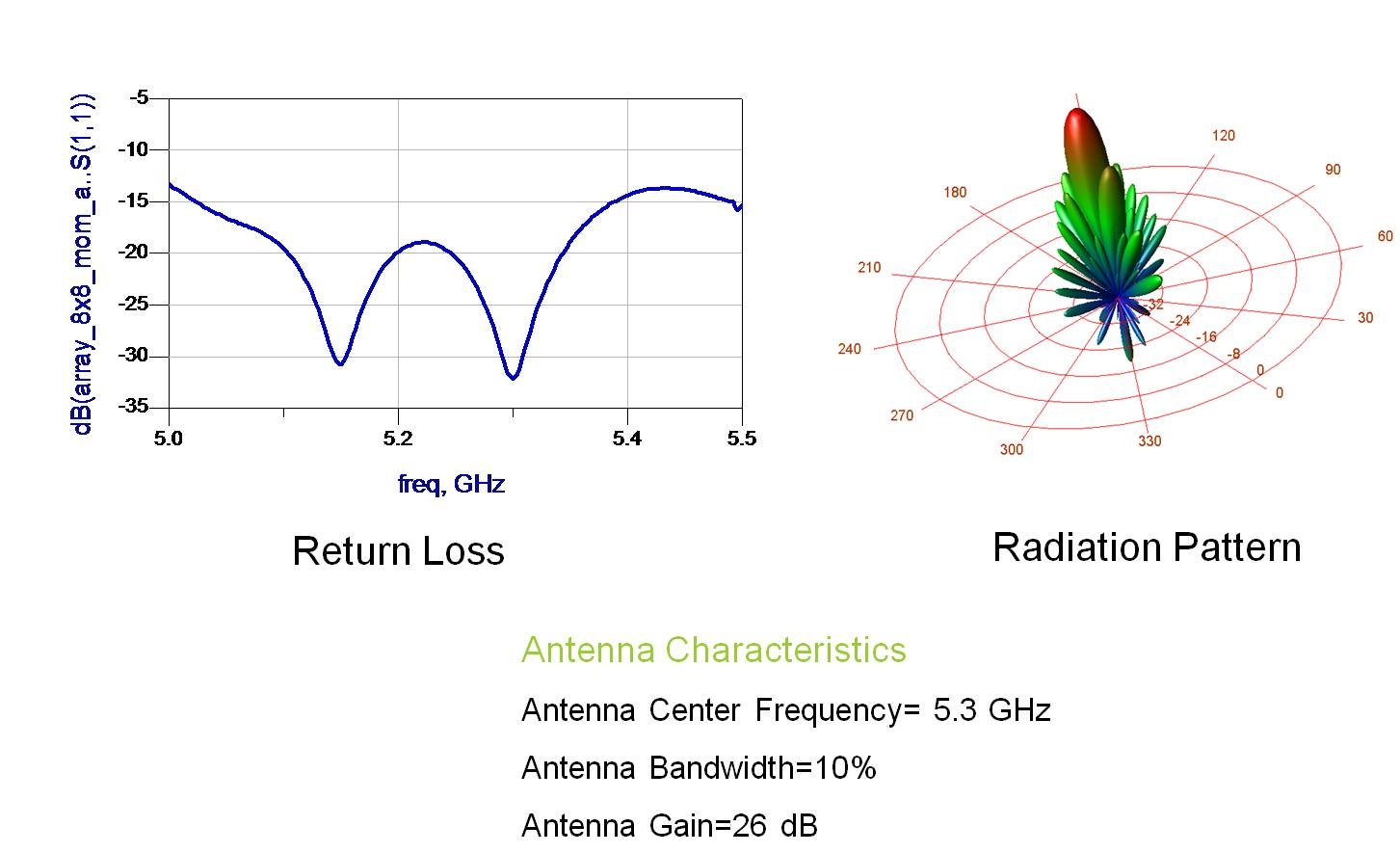 The antenna return loss is better than 10 db in the required bandwidth of 5 to 5.5 GHz. The 3D radiation pattern is also shown. The Gain of the antenna is 26 dB at 5.3 GHz. 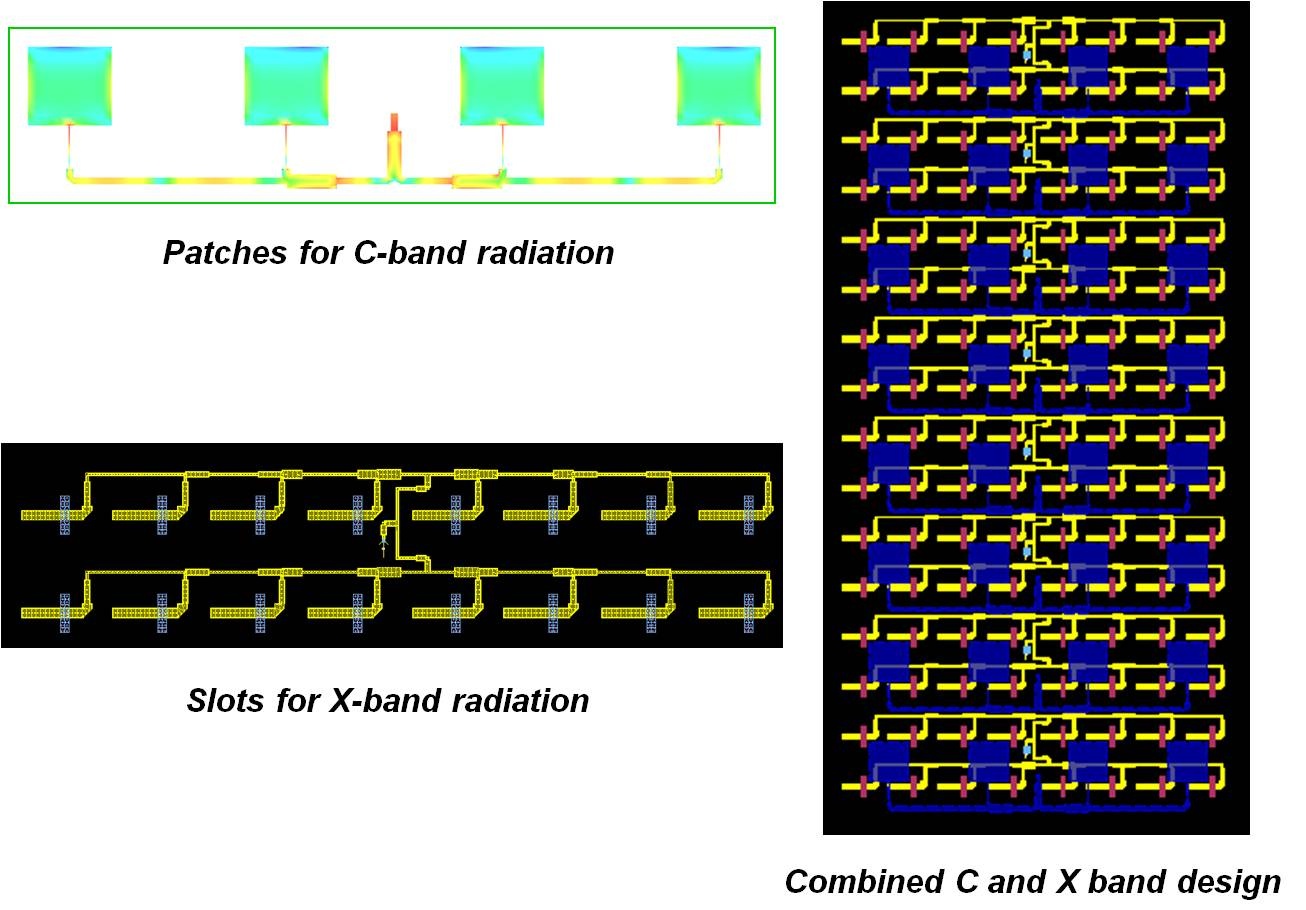 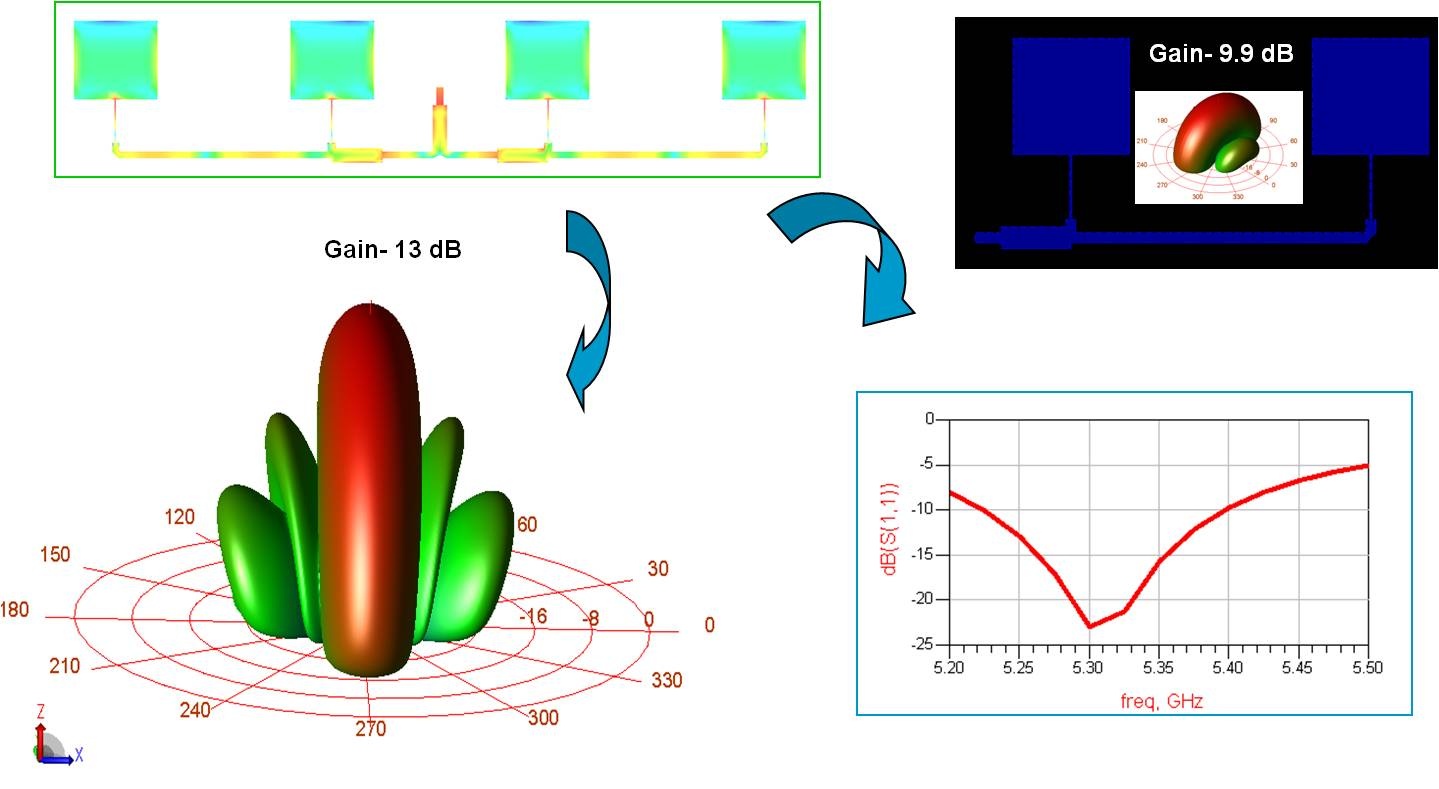 Figure 4 shows the performance of a single C-band linear array used in the multi-band antenna. Each element placed in one row are fed with a series network. The entire row is fed in the center by a corporate network. There are 4 elements in one linear array. 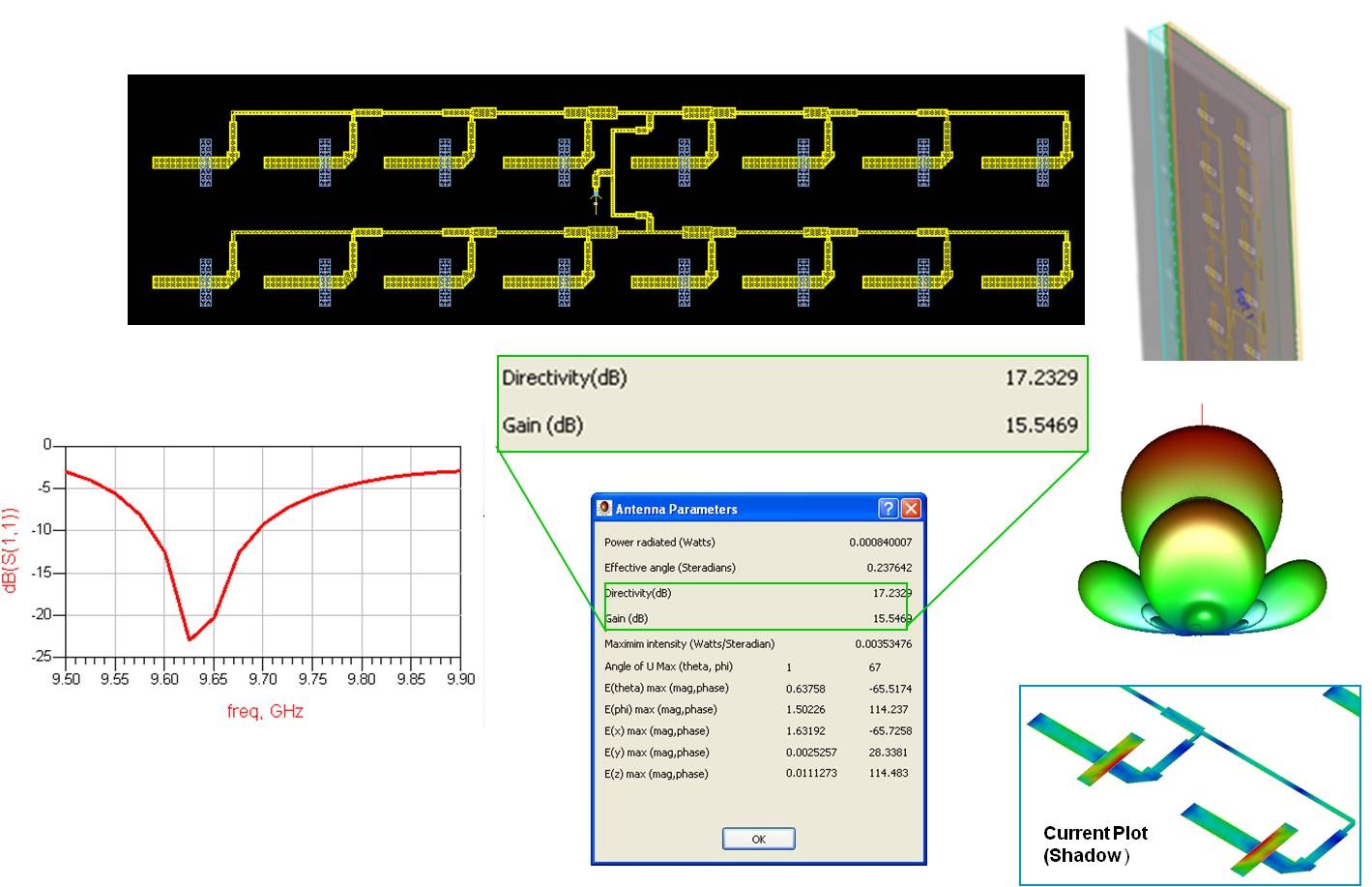 Figure 5 shows the performance of a single X-band array used in multi-band antenna. Each element placed in one row (linear array) are fed by a series network. Two rows are combined with a corporate network. There are 16 elements in one linear array. 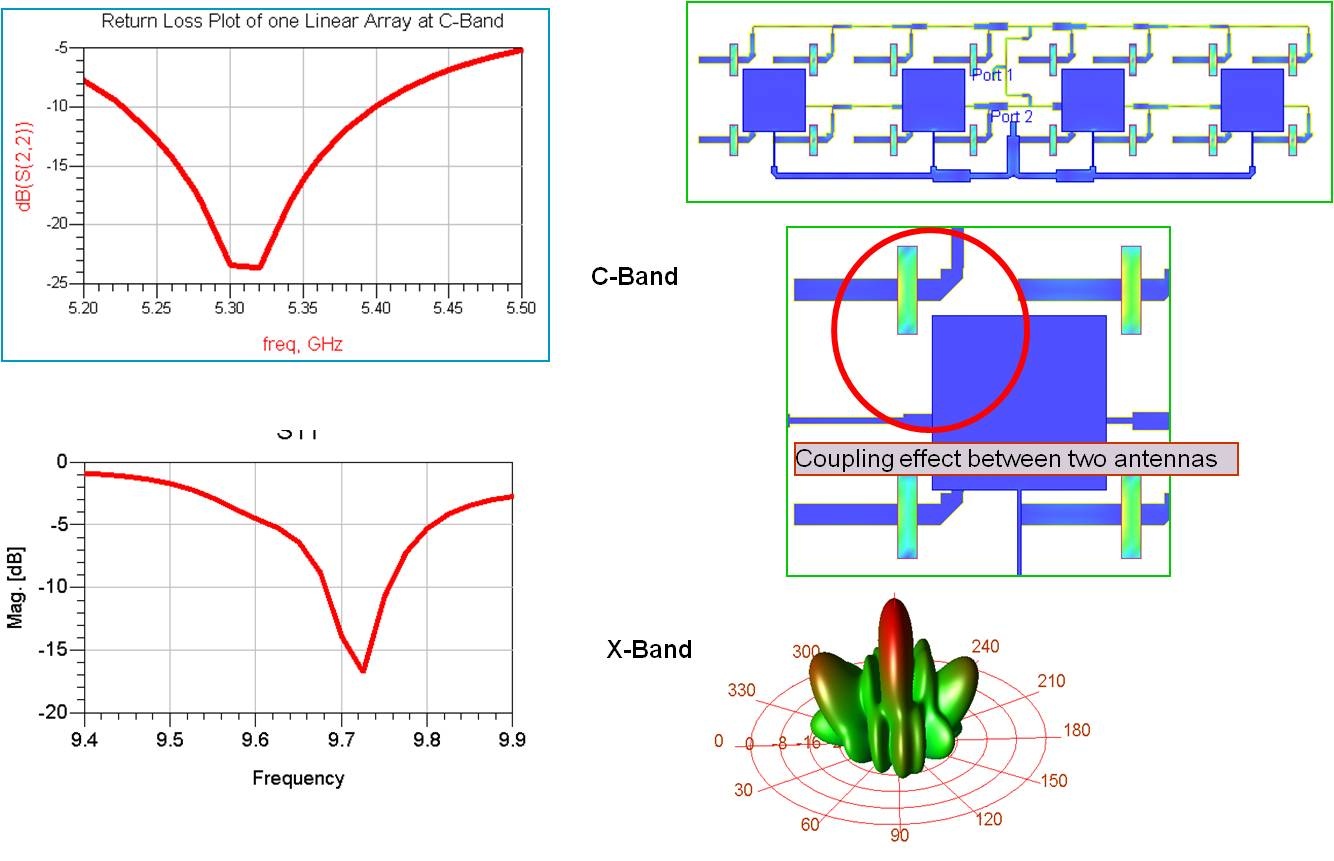 Figure 6 shows the performance of a single linear array with both C and X band elements integrated together. 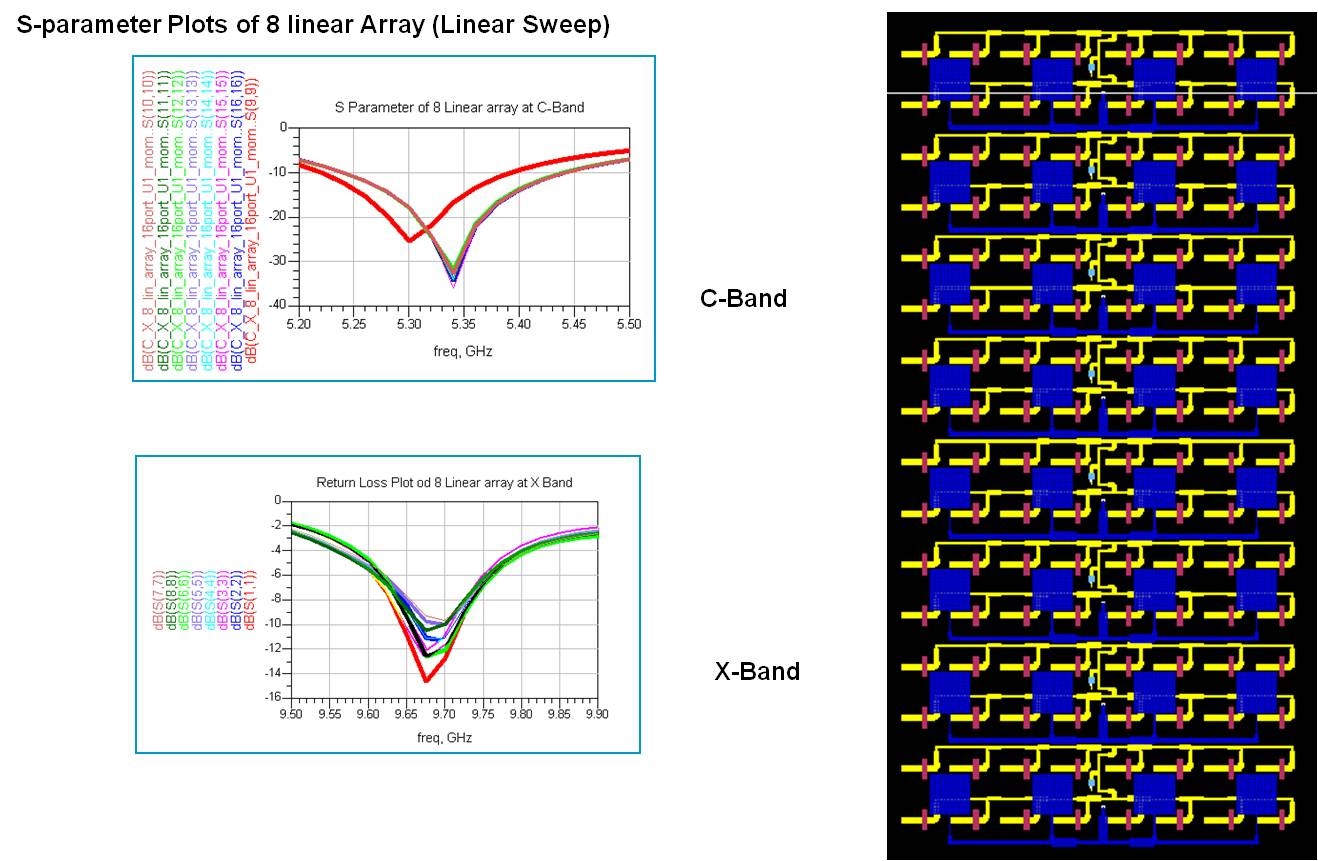 Figure 7 shows the performance of the full array antenna. There are 32 total patch elements for C-band operation and 128 total slot elements for X-band operation. By simulating the entire array with Momentum, all coupling effects between C and X band elements are taken into account.

The efficient NlogN solver and multi-threading capability in Momentum allow simulations of larger antennas with much faster simulation speed. Designers can now analyze radiation patterns and S-parameters, taking all of the coupling effects of the full array into account.